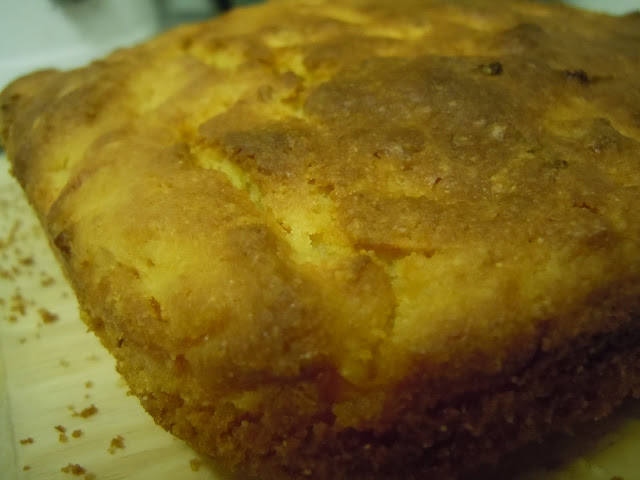 It finally happened.
I used a Paula Deen recipe.

Now, up until a few weeks ago, I had nothing against the woman. Sure, she was the instigator of the famous doughnut cheeseburger, which probably wasn't doing anything for the nation's waistline. But, hey, I'd seen undergraduates come up with equally as fiendish (and disgusting) food inventions.
Anthony Bourdain's various invectives against her also brought out the sympathy vote in me. Yes, she used lots of butter in her recipes.
But Tony, what do you think is making all those Michelin-starred dishes so delicious? Carrots?

But her recent admission of having Type 2 Diabetes and her concurrent endorsement of a diabetes medication was off-putting. She had sworn on the "harmlessness" of her food for years. Her admission to a potentially life-threatening disease and simultaneous money-making scheme was a bit much.

But still. There's no denying. She knows southern food. And when it comes to cornbread and the Super Bowl, you gotta go Deen.

And that's exactly what I did. And I was more than happy with the result. The sweet potato in this recipe gives the bread a nice smooth and moist earthiness. It balances out the cornmeal in lovely lovely ways.

So did I feel slightly hypocritical in using her recipes, subscribing to the media blitzkrieg that has surrounded her in the last few weeks? Sure.
But hey, that cornbread was delicious.

In a large bowl, combine flour, cornmeal, sugar, baking powder and salt. Cut in butter with two forks, a pastry cutter or your fingers until mixture is crumbly.

Bake 25 minutes or until center springs back when pressed (my version took about 35 minutes). Cool in pan on wire rack. Cut into squares and serve.
Posted by Academically Malnourished at 1:30 PM