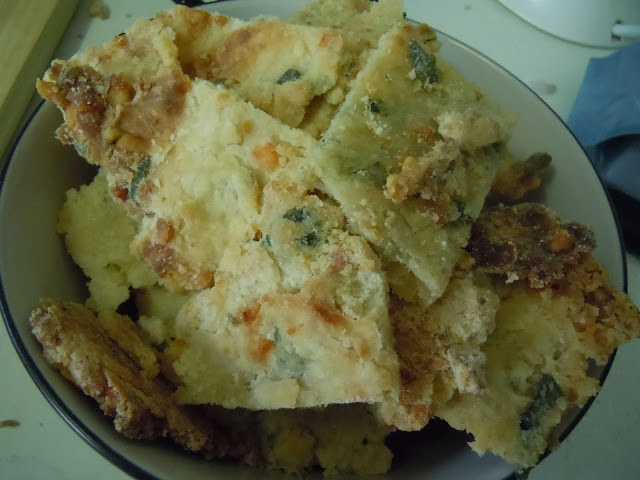 Everyone likes to have at least one "crowd pleaser" recipe in their collection. And if that recipe happens to be the easiest thing in the world? So much the better. These sage crackers were a spur of the moment decision a few years back, taken from Mark Bittman's gloriously helpful "101 Head Starts to the Day" (the NY Times has apparently been helming the culinary delights of Thanksgiving for years). I wasn't quite sure what to expect of them, as they were honestly too simple to be trusted. But when they disappeared out from under me, I realized I had a goldmine on my hands. Now they're trotted out every Thanksgiving.

I've also taken to doubling the recipe, because of the thin crumbly nature of the crackers, they tend to yield a fairly small amount once cut into squares. They also may provoke moments of panic when you realize there's no physical way to "roll these out" as Bittman suggests.

I've also taken to patting them into shape on the baking sheet and cutting them afterwards. It saved me a mountain of frustrated rolling and allowed me to enjoy these little sage-y parcels even more.


When just combined, roll as thinly as possible (or simply pat into the baking sheet), score into squares, sprinkle with salt and bake at 400 degrees until golden.


Let cool, then break into pieces. 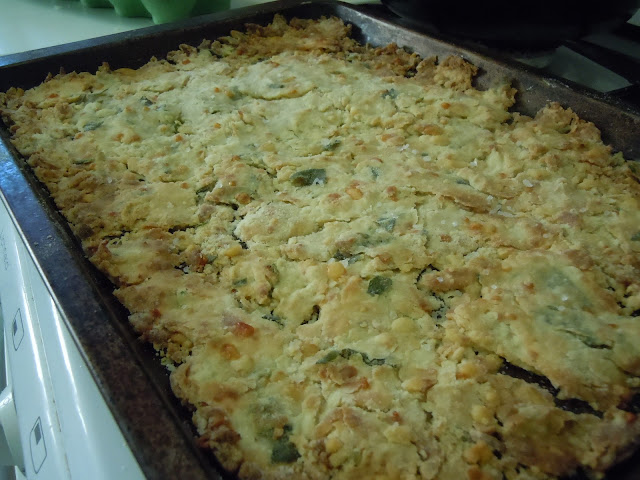 Posted by Academically Malnourished at 11:18 AM