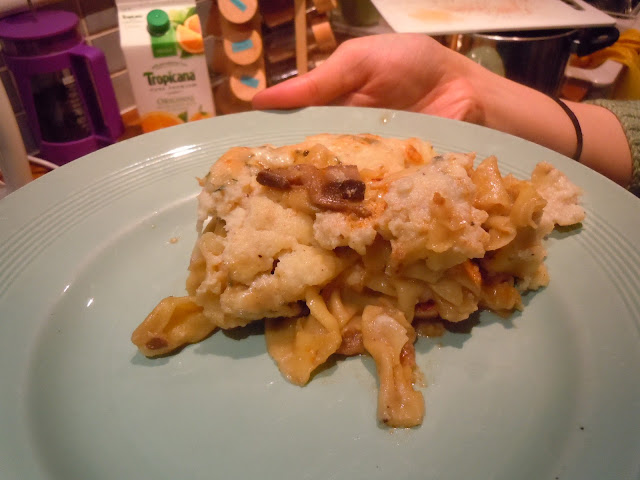 Baked pasta. Pasta casserole. Hot dish. All things I associate inherently with America. I swear, within each American there's some pale distant memory of a potluck at which either your mother or your neighbor's mother insisted on bringing her "world famous" tuna noodle casserole. Or baked pasta. Or...well, you get the idea. I'm fairly sure this memory never took place in reality; however, the fact that I spent my formative years in the MidWest makes the likelihood of the above even more plausible. Nothing says comfort food like some baked pasta.

Which is why, when my mother smuggled me an American copy of this month's "Bon Appetit" magazine and I saw they were doing an entire feature on the glorious American dish, I had to dust off my Midwestern genes (and jeans) and get to cooking. The promise of a faux parsnip "bechamel" sauce got me on this one. I had no idea what they were talking about but it turned out that the parsnips replaced the flour in the bechamel, keeping the thick consistency of the sauce but giving it an earthier if still starchy flavor. It was a win all around.

I also recommend getting bold with your tortellini in this recipe. The magazine called for either plain or cheese tortellini. Bah! I went with some sort of wild mushroom and stuffed sausage tortellini and in my opinion (humble as it may be), it made what can be a very bland dish (hey, we are talking about baked pasta here) into something with a little more subtlety. 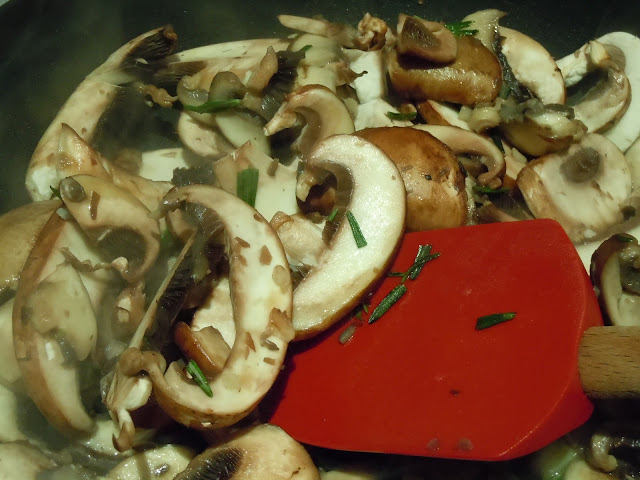 Method
Cook parsnips in a medium saucepan of boiling salted water until very tender, about 20 minutes. Drain. Place parsnips in same saucepan along with 1 1/2 cups of milk. With an immersion blender, blend until smooth. Add 1 cup of milk, 3/4 cup Parmesan cheese, and nutmeg to saucepan. Blend again.

Place saucepan over heat again and simmer until reduced to about 3 cups, whisking often, about
every 5 minutes. Season bechamel sauce to taste with salt and black pepper.

Saute until mushrooms are brown and tender, 6-7 minutes. Season to taste with salt and pepper.

Bake pasta until heated through and sauce is bubbling, 18-20 minutes. 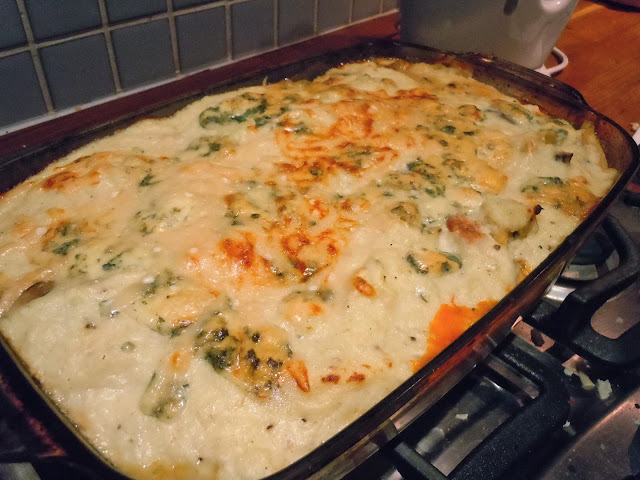 Posted by Academically Malnourished at 5:31 AM