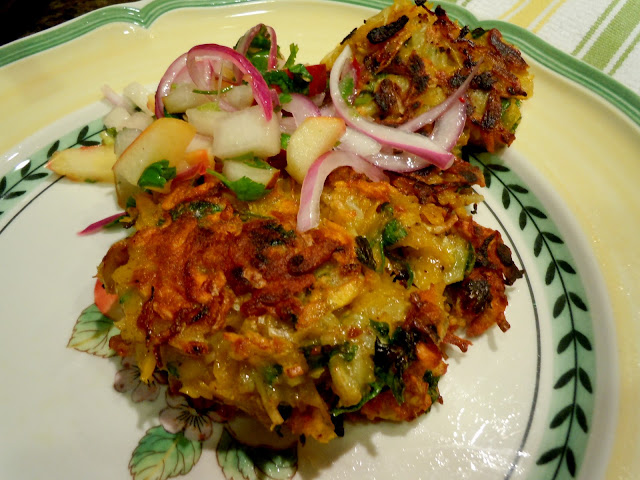 My mom has always been a devoted follower of the humble latke. If she had her druthers, pancakes throughout the world would be given up in favor of the potato pancake. When I was small, I obviously thought this was nuts. But now, older and wiser, I understand her love of the eggy potatoy fried dish. I still maintain a healthy devotion to pancakes, but when I saw this recipe in the latest issue of Cooking Light (December 2010) for a dinner curried version of the breakfast potato pancake, I couldn't resist. There was even an apple and pear salsa to accompany. Mmmm. Fusion.

For the latkes (apple & pear salsa below)

Combine squash, potato, and onion in a colander. Drain 30 minutes, presshing occasionally with the back of a spoon until barely moist.

Saute 3 1/2 minutes on each side or until golden brown and thoroughly cooked. Remove latkes from pan; keep warm. 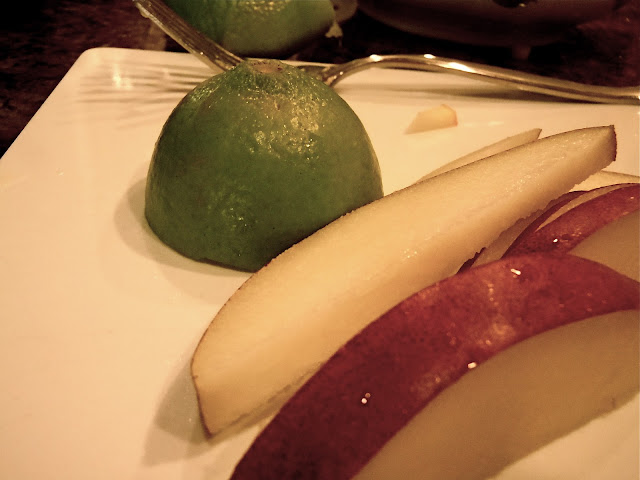 Combine apple, pear, and lime juice in a bowl; toss.

Cover and chill. Serve with latkes.
Posted by Academically Malnourished at 5:42 PM