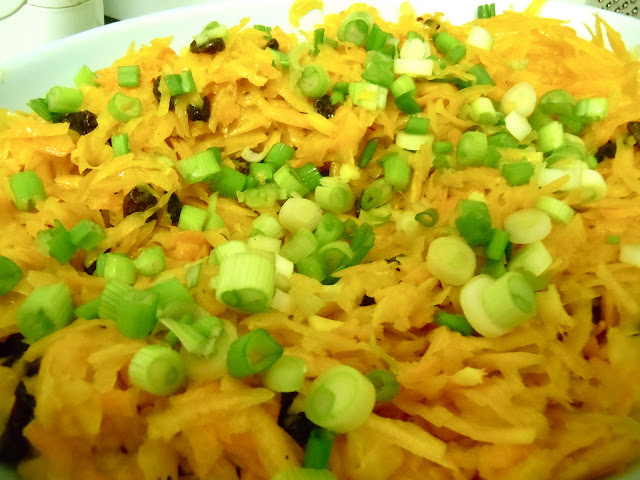 I do have a soft spot in my heart for Mark Bittman (Bitty, aka the "Bittster"). I watched his travels in Spain with Mario Batali and Gwyneth Paltrow (who invited a vegetarian to a pork-based country?) and was endlessly amused by his no nonsense "I'm from New York" attitude.

And he gets double points for his alter-ego, the Minimalist (a fantastic culinary superhero name in my book), his blog on the NY Times that emphasizes quick and easy recipes. And in terms of quick and easy, this recipe took the cake. Or rather the carrot. Even I, a longtime Minimalist fan, saw his recent posting about the glory of serving raw vegetables, I was initially unimpressed. I mean, cutting up vegetables and serving them with ranch dressing is not exactly rocket science.

But I had judged Bitty too quickly. As I scrolled through the recipe for a raw butternut squash salad, my dismissal turned to mild curiosity. Butternut squash? Raw? I mean, I'm a hearty supporter of the vegetable, but having chomped down on a few "not-quite-cooked" pieces now and again, I was skeptical of the vegetable's potential as a raw side dish.

Alas, again, I judged too quickly. Grating the butternut squash was key. It produced this fresh delicious salad, perfect for using up those butternut squashes which (if you're like me) are optimistically bought at the market and then just.quietly sit on the counter for weeks, sadly unused and under-appreciated.

I followed Bittman's recipe initially but then decided one raw orange vegetable really deserves another, so added shredded carrot to the mix. For the win.

2-3 tablespoons sherry vinegar, or to taste

Combine the squash,carrots, spring onions, cayenne/chillis, raisins, oil, vinegar and ginger in a salad bowl; sprinkle with salt and pepper. Toss, then taste and adjust the seasoning. Serve immediately, or cover and refrigerate for up to several hours. 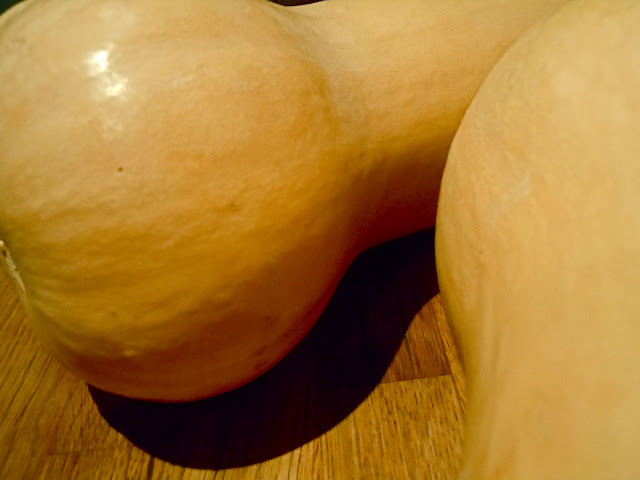 Posted by Academically Malnourished at 3:01 AM