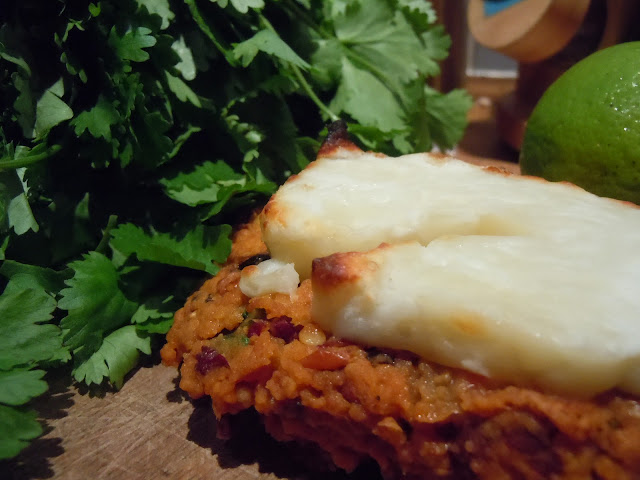 You will forgive the slightly "artiness" of the burger photo. When approaching how to document my recent cooking venture, I was a bit flummoxed as to how to present a "bean burger" with any kind of photographic...shall we say, grace? Anyway, carefully positioned cilantro and limes helped the entire arrangement making it look as delicious as it tasted.

We've entered the timely fall term period at Oxford, which means everyone's schedules speeds up exponentially and there is sadly little time to spend luxuriating in the kitchen over 4 hour meals. I was looking for a quick post-class fix and these bean burgers were definitely the way forward. I will say, the more your refrigerate these bad boys, the better the taste. I also modified the original recipe (From Delicious Sept 2010) to make it a bit more zesty and, well, Mexican. Which meant adding achiote, cayenne pepper, and chipotle tabasco sauce to the mix. The end result was a nice "back of the mouth" heat but of course, feel free to tone down (or up) the spiciness as your taste buds will allow. 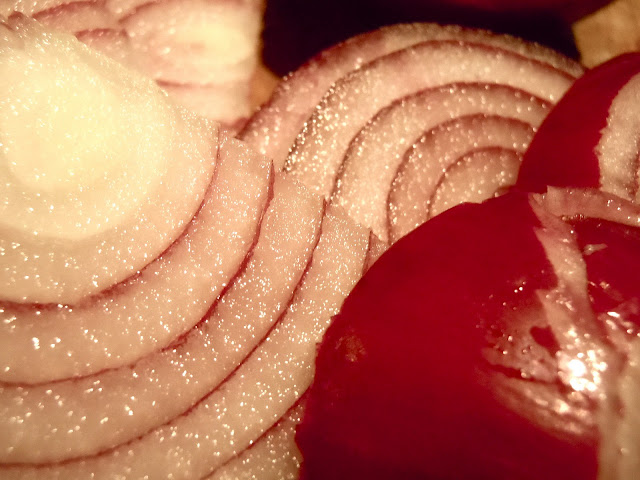 Heat 1 tablespoon of the oil in a 10-inch skillet over medium heat.

Add the red onion and scallions until beginning to soften, 3-5 minutes.

Transfer to a large mixing bowl. Add the beans and mash together to form a rough lumpy texture.

Shape the mixture into 6 equal 3/4-inch-thick patties. Refrigerate, covered, for at least 30 minutes and up to 4 hours. (This mixture also freezes well)

Heat the remaining 2 tablespoons of oil in a large skillet over medium heat. Cook the burgers until nicely browned on both sides, flipping carefully, about 5 minutes total.

If adding cheese, put a slice on top of each burger and then stick under the grill/broiled for about 5 minutes until the cheese has melted slightly and turned a nice golden color.
Posted by Academically Malnourished at 8:01 AM