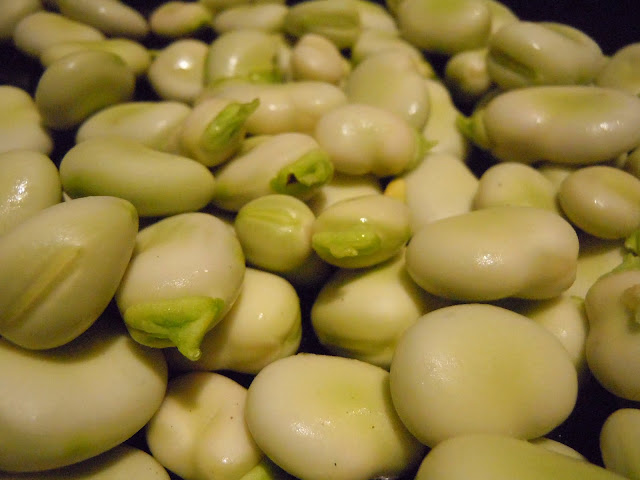 In my opinion, this is among the most American of dishes. Simply because it has the best name *ever*. Although my mother never made it herself, I will always associate this with childhood and Loony Toons, thanks to Sylvester the Cat's famous catchphrase ("Sufferin' Succotash!)". I had no idea what he was talking about at age 8 and only now, a few decades later, have I realized that the dish that inspired the alliterative phrase was also a delicious veggie filled concoction. While this version is adapted from the New York Times Recipes for Health section, as you'll quickly see, it's an almost fool-proof way of cooking veg. It's also an absolutely gorgeous dish, full of colors.

Who knew that good old Sylvester was advocating your 5 a day?

A bouquet garni made with a few sprigs each of parsley and thyme, a sprig of sage and a bay leaf

Kernels from 4 ears of corn 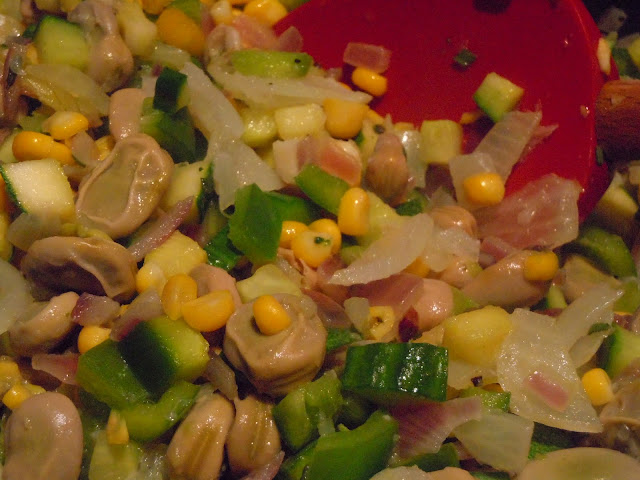 1. Combine the beans, onion, water, garlic, bouquet garni and salt in a heavy saucepan or soup pot, and bring to a simmer. Cover and simmer 45 minutes, or until the beans are tender. Taste and adjust salt. Remove and discard the onion, the bouquet garni and the garlic cloves. Drain though a strainer or colander set over a bowl.

2. Heat the olive oil in a large, heavy skillet over medium heat, and add the red onion. Cook, stirring, until it begins to soften, for about three minutes. Add the squash, and salt to taste. Cook, stirring, until the squash begins to soften and look translucent, three to four minutes. Add the garlic and corn. Cook for about four minutes, stirring often. Season with salt and pepper. Add the beans and sage, and continue to cook, stirring, for another minute or two. Taste and adjust seasonings. If you want this to be more moist, stir in some of the bean broth.

Posted by Academically Malnourished at 5:21 AM