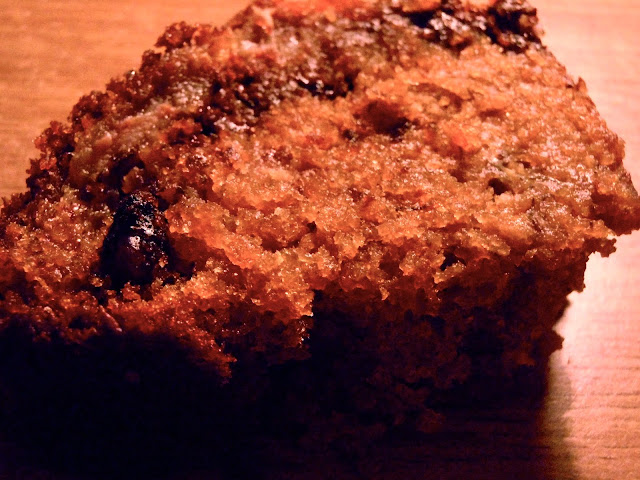 Banana bread was one of my first attempts at the baking world. A freshman in college, my friends and I were left with about 4 or 5 of them after an over-indulgent trip to a farmer's market. My friend Jen had memorized the recipe by this point, having had to deal with surplus banana stocks on previous occasions. Being the college students we were, we lacked any of the other ingredients needed for the bread, but a quick trip to the supermarket (which, in retrospect, defeated the entire point of the "quick banana bread fix") solved the problem and we were soon eating slices of the warm loaf as we studied during those cold long San Diego nights.

Even though I am not a huge banana fan in general, banana bread (perhaps because of the above memory) has a warm place in my heart. When I saw Delicious Magazine's recipe for a loaf that included chocolate as well, I believe I had found the promised land.

This recipe was an absolute win. Moist, soft, easy to make. Just enough chocolate and walnuts to give you a surprise sweetness and nuttiness every few bites, but not enough to overwhelm the sweet taste of the banana. Maybe now I'll have an excuse to buy those bananas every week...

Takes 15 minutes to make, 1 hour to cook, plus cooling

1. Preheat the oven to 180°C/fan 160°C/gas 4. Lightly butter and flour a 1.2-litre loaf tin. Using an electric hand whisk, beat the butter and sugar in a bowl until light and fluffy. Gradually add the eggs, beating all the time. Sift in the flour, bicarbonate of soda and a pinch of salt. Beat well, then gradually add the milk.

2. Fold the bananas into the mixture with the chopped chocolate and walnuts. Spoon the mixture into the loaf tin and level the top.

3. Bake for about 1 hour until a skewer inserted in the middle comes out clean and not sticky. Cover the top with foil if it starts to brown too quickly. Allow to cool in the tin for at least 15 minutes before turning out.

Posted by Academically Malnourished at 3:03 AM